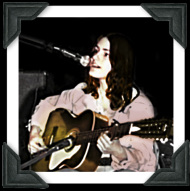 age 15
Born in Queens NY to French/English/Belgium parents, Marie and Pierre, Jacqueléne was raised along her two sisters,
Michelle and Danielle, with European style and culture. Artists, actors, musicians, colorful characters, art and music were always strongly present in their household.

Circus lineage runs through her blood... directly related to the founders and performers of the famous
Cirque Rancy in Europe.  Her great grandmother was the strongest women in the world in the 1800's.
Grandfather, Gaston Palmer was a famous French Juggler who appeared often on the Ed Sullivan show.
Click on this LINK to see his renowned performance in England.
Great Aunt and Uncle appeared in many Hollywood movies with credits including 'War of the Worlds', 'Gigi', and 'Boston Blackie' to name a few.

Her mother, Marie Palmer, was a concert pianist in Europe prior to becoming a well known nightclub singer with the William Morris Agency when she arrived in New York city after the war.

Both sisters went onto explore their creative fields as well.
The late Michelle Palmer-Reich was an influential Interior Designer based in South Florida.
Danielle Anjou is an internationally known sculptor with featured work at the Louvre in Paris.

Jacqueléne was given her first guitar at age 13.
By 15 years old she saved up, joined the musicians union, got an ABC card and was performing original material at clubs, bars & concert venues. At 17 she was invited to record a demo project at RCA records. Playing the local club scene, she fronted many bands from rock to jazz doing cover material.

At 20, she decided to seek out musicians for an original band. During her search she met bassist, Larry Ambrose and worked with him in an New York 8 piece horn funk cover band. After leaving that band, they married and decided that it was time to make dreams come true. They formed the band 'Coconuts' which played the tri-state area performing original material, as well as diverse covers from select artist like Dan Hicks & His Hot Licks, Rickie Lee Jones, Steely Dan, Weather Report, and Bonnie Raitt. The band was well received for over 10 years. After Coconuts disbanded, Jacqueléne did studio work for commercials and back up vocals for other artists. She invested in a recording studio where she flourished... recording, arranging and developing her ear for producing.

Life events carried them to Delray Beach, Fl.  After her mother's passing, Jacqueléne stopped singing and left the recording and music industry. She went on to pursue her passion for Art and Design and created the Graphic Design and Digital Art department at the prestigious Alexander Dreyfoos School of the Arts in West Palm Beach, Fl., where she mentored some of today's most creative designers, it was a very rewarding time in her life.

They left South Florida in 2005 for Ashland, Oregon. A year later Larry unexpectedly passed away.
With the gentle encouragement of her friend, Cantrell Maryott, she started to perform again. Cantrell and Jacqueléne formed an unusual duo with Cantrell's roots in Folk/Spiritual/Rock and Jacqueléne's in R&B/jazz. Their voices blended beautifully and they sang together for 4 years until Cantrell's relocation to Denver, CO.

Jacqueléne has now gone solo... writing, producing, recording and performing.
She now 'channels' Larry while composing bass parts for all of her material.

Her music has been heard by domestic and international listeners and her fan base is ever growing.

After a hiatus from music, she has once again emerged, claiming her place
as a unique artist in today's music scene ...

She is a tribute to the creative spirit that will not be tethered for long.